How Visual Experiences Can Improve Your Health

Visual experiences such as art, have played a vital role and helped shape the society. Studies have been able to show that there is a connection between visual experiences and representation of the brain and body. Certain visual elements such as painting, wall decals or wall graphics can do the brain and body some real good, including improving one’s health state. Numerous studies have been able to show the benefits of visual experiences to one’s health.The eyes have a great impact on one’s health, which is something most people know. There are certain changes in the body that take place when one finds something artistically pleasing. The changes include positive changes both in mental state and also enhances the relaxing and feel-good hormones within the body.

We are going to look at some of the various health benefits that are brought by enjoying the various types of visual experiences and representations: such as wall graphics and art.Here are few ways through which it can improve your heath:

Art can Activate Certain Parts of the Brain

Numerous studies have been able to show the participants stress levels decrease after a small visit to an art gallery. It was mainly evident in participants who had a chance to view paintings and artwork done by the famous artists, such as Monet, Van Gogh or any other inspiring artists. Various changes and responses were identified in the ventral striatum part of the brain. It is the part that experiences the strongest responses of rewards. More activity was noticed in some participants who viewed visual representation they loved most compared to those not used to.

During the study, scans were done so as to track various responses in the brain as each participant viewed certain works or wall decals. Apart from responses in the Ventral striatum, researchers also found that certain visual representations were able to trigger the amygdala. It is a section of the brain that is responsible for emotions. Other areas of the brain that had responses included the orbitofrontal cortex and the hypothalamus. Such changes play a great role in one’s stress levels.

It means taking time and enjoying wall decals or graphics at home or an art gallery, can play a huge role in decreasing one’s level of stress.

Taking time enjoying certain visual experiences allows one to feel more relaxed and activates certain parts of the brain. For example, research done by Plymouth University and the University of Exeter was able to conclude a change in people emotional and physical state when watching fish swim inside aquariums. The changes include areduction in heart rate and blood pressure levels. It is because certain parts of the brain are sparked when enjoying art, even if one is not thinking about it critically.

When viewing favorite forms of visual elements, one can feel relaxes and calm, which affects the body and health. It is because it can keep one’s attention focused on a particular thing for a long time. Reduced blood pressure and lower heart rate are some of the health benefits of enjoying your favorite form of art or any other visual experience.

The Brain is Hardwired to Process Visual Experiences

Researchers were able to determine that areas of the brain that are involved in processing emotions together with those responsible for activating our pleasure are engaging when enjoying certain visual experiences. Most researches were done, look at the neural systems while participants enjoy their favorite form of wall art or graphics. The most common parts triggered by the visual experience are the anterior insula and the putamen. The interior insular is connected to pleasant emotions while putamen is a part of the brain that is related to the experience of rewards.

When one looks at certain wall decals or art, it is expected that the brain will be able to recognize certain faces and also process specific scenes. It means that you don’t have to have a degree in art history. The brain will try and break down what is going on in the visual representation on its own.

A study done back in 2014 by University of Arkansas was able to determine a change in how one feels and thinks when enjoying certain visual experiences. The study was able to show that the critical thinking skills together with empathy levels were improved in the participants. The study can be extended to also other visual elements such as wall paintings and wall graphics. It is also concluded that enjoying favorite forms of art can help the viewer experience joys similar to falling in a lover. When one views a representation that they find beautiful, it can lead to the immediate release of dopamine in the brain. Dopamine is a chemical is the connected to desire, pleasure, and love.

Most of the scientific studies prove that visual experience has an effect one’s body and mind. Most of the great thinkers from past also believed that art was a powerful shaper of character and also can stir up various emotions. It might be easy to take art for granted. There are numerous forms of visual experiences out there that people don’t realize. A few examples include paintings, photographs, wall art and graphics, sculptures and more. Each of these elements plays a vital role in leading to better healthier states and increased brain activity, not forgetting less stress.

So instead of wasting your time on the television, you can take some time off and visit your favorite gallery. Also, one can allocate time and enjoy some of their favorite wall decals and wall graphics at home. Art is already known as a powerful tool to record history and also ignite inspiration; it also has health benefits. Certain art can create a healing visual environment. You can choose wall art, decal or graphic and place it or hand it where can see it every day. 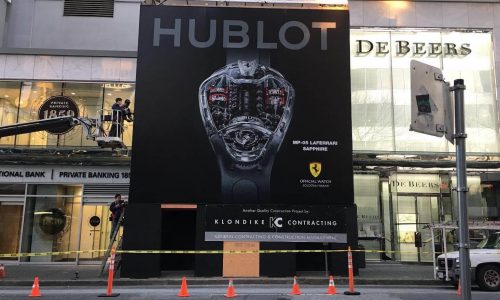 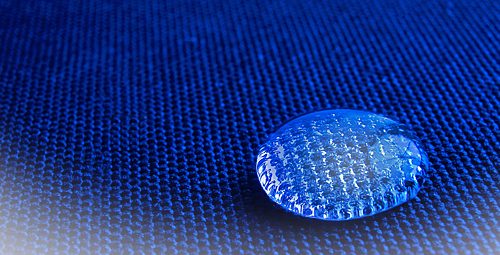 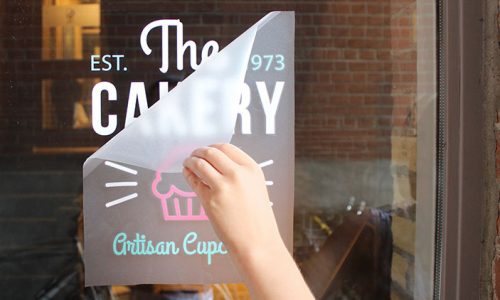 Vinyl Graphics Bring Your Outside Customers in From the Cold 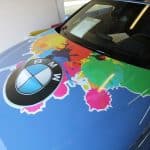 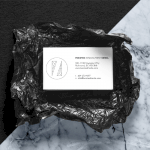