Before we get into the graphic designing trends, let’s give Graphic Designing a small overview, and talk about why it is so important, especially in the world of business.

Graphic designing is visual communication, and as all forms of effective communication have their place in marketing for your business, so does illustrative art. A graphic designer uses the language of art, colors, typography, following grids and not, in order to visually express a certain message.

This is what makes it so essential in the contemporary world of business; colors and illustrations appeal to people far more than words and figures.

According to research, for every 100 pounds spent on design, there a 225 pound of increased turnover. Investments in design-based businesses surpass key stock market indicators by 200%. Additionally rapidly growing businesses are three times more likely to invest in designing than their counterparts, proving how crucial a good product perception can be.

A major portion of how well your product does in the market, or how popular your website can potentially become depends on how visually appealing they both are to the audience. According to the Neil Fleming’s VAK theory, about 65% of human beings are more receptive to visual modes of learning than kinesthetic, oral or written. This essentially means that memory retention is deeply tied to how visually pleasing an object is.

According to a research that studied 63 portfolios of a vast array of companies over almost a decade, it was discovered that those who placed importance on the design did massively well than those who did not. Badly designed interfaces are often looked over by visitors and dismissed as insecure.

So if you want people to remember your products, make sure they are carefully designed to appeal to them. You need to make sure that something that establishes your identity to the masses is appropriate and aesthetically pleasing.

The years leading up to 2018 have witnessed a rapid variation of companies rebranding their images and many apps altering their interfaces and logos. Some of these initiatives have proven extremely good for the company, while others….not so much.

We have evaluated many of these initiatives, and have made for you a list of designing techniques that companies have adopted and successfully managed to employ.

Color plays a crucial role in marketing a product because it sets the tone, mood, and energy to any picture; and the mood for 2018 has been pretty loud and lively. The trends of colour in the year 2018 have been very diverse in terms of the saturation used, the brightness and vividness and the kinds of colour combinations put together. We are going to walk you through some of the main trends with respect to colour.

Many companies have also been gravitating towards picking colour gradients for their web-designs and icons after Instagram’s famous rebranding tactic. Instagram asked its employees to draw in 10 seconds whatever they remembered the most about the Instagram icon, and then it used the most repeatedly drawn illustrations as their new face. Because the idea was to keep it simple, a colour gradient was the perfect fit to go with it, one that seemed to have worked for Instagram very effectively.

Other such examples include Stripe and Skype.

Dropbox in October 2017 announced its new brand typeface called Sharp Grotesque. This design used bold and unconventional colours together as a means to express the idea that different kinds of people can come together and collectively make something beautiful out of abstract shapes and mismatched colours.

This technique of Multiple-colour Branding is widely used because incorporating multiple colours essentially means welcoming different brands that associate those colours with their brand. We definitely see a lot more of this coming in the following years.

Another rebranding tactic that Dropbox used in the previous year has been the vivid, illustrative images, also used to express a social and creative component. An approach like this really speaks with the audience because of how personal and up-close it seems. Combined with the nature of the illustrations, the bold use of colours is something that people will definitely come back to over time.

Conclusion: 2018 has witnessed a use of bright and vivid colours in the world of digital designing. This is probably because when it comes down to making sure your product remains memorable, a good eye-catching colour can be crucial.

There is plenty of ways to mess around with an image, and here’s a list of photo crazes that we think will carry on in the year of 2018

Glitch Art is the process of making an image look corrupted and distorted by messing the technical sequences deliberately. This is a common occurrence when using digital devices, but with Glitch Art this is deliberate and is used to give off a haunting and chaotic aesthetic, which is why you primarily only see this in horror movies.

However, glitch art is becoming increasingly popular all over again, gaining traction on even Tumblr which is considered one of the biggest online artists’ communities.

This is one of cinematic effects that are becoming gradually becoming more and more trendy because of the majestic and surreal finishing touch it uses. The classical double effect has historically been used in movies as a depiction of the philosophical concept of parallel universes.

This effect can be seen in the 2014 movie Comet, which shows a couple’s romantic journey through various parallel universes. This is powerful technique that we see re-emerging all over again.

The concept is to pick two colors on the color wheel that are completely in contrast to each other and use them harmoniously in one image in order to create a captivating effect.

Perhaps the best example of this is Spotify. It has used this effect to establish its own identity in the market in such a manner that every time one even looks at a dual-toned image, they would instantly be brought back to Spotify.

This is a powerful branding tactic with the help of basic two colors, and we expect that there is definitely more of this to come this year.

Cinemagraphs are a wide variety of in-motion photographs, the most popular of which are GIFs. Graphics Interchange Format, loosely known as GIFs, has recently been incorporated into all forms of social media; WhatsApp, twitter and even Facebook.

But Cinemagraphs are not limited to GIFs alone; they include time-lapses and video clips as well. The following is an image in which only a certain part of the whole is in motion.

As previously established, people generally react better when extraneous words and sounds are excluded and a smoother and pleasing visual effect is added to the design. Info-graphics do just that. You can view the illustrative graphics Slack has up on their website by clicking here.

Because of how easy they are to make by just about anyone through free templates online, they are becoming increasingly popular. You do not have to hire a graphic designer or be one in order to utilize some of these beautiful designing tools.

Additionally, various vector making tools are also becoming popular. You can see this technique being employed at Discord.

All of these designs seem to have a certain pattern to them, and here is what it is:

1. People want to be communicated with.

With Dropbox’s use of illustrative, bold-colored art, the point becomes clear. Technological advancements have made human beings distant and out of touch with each other in the complete physical sense that their bodies were made to be. And so, people are collectively seeking wholesomeness and connection in digital spaces, which are primarily where many of them spend many hours on.

Companies no long work by thinking of the products, they have to keep in mind their customer’s needs. And what customers want out of any of the products or services that they may be using is to get to know where the designs are coming from, what inspired the art and to blend that in with their own personalities.

They are constantly seeking a reaffirmation of their identities, and so many companies are pushing towards designs that feel more ‘real’ –for example, illustrations over photographs, personalized vectors. This sets them apart from their competitors because it establishes their own unique identity. And eventually, that is what people remember.

With Spotify’s dual tones, Instagram’s minimalistic color gradients and the overall minimal use of text in all the examples enlisted above, it becomes clear what design attracts the masses more and eventually becomes good for business. 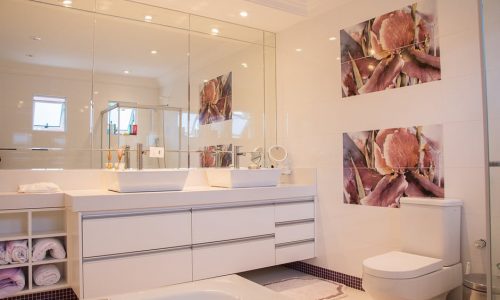 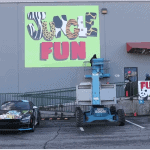 10 Ways You Can Use Digital Printing to Customize Your House 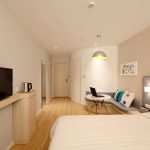